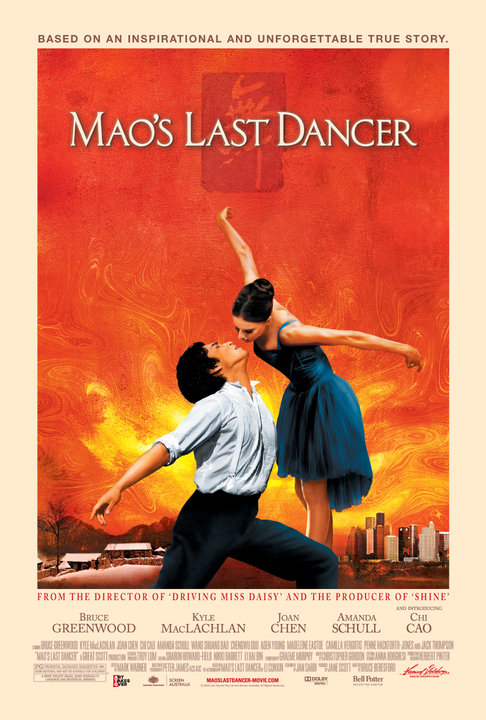 A fascinating new movie, Mao's Last Dancer, is opening in Philadelphia on August 20, 2010. The movie tells the true story of Li Cunxin, a Chinese man with a poor upbringing in rural China, who rose to international stardom as a world-class dancer. Directed by Bruce Beresford (Tender Mercies, Driving Miss Daisy), written by Jan Sardi (The Notebook, Shine) and produced by Jane Scott (Shine), all of whom are previous Academy Award nominees.

The story of Li Cunxin tells about the strength and determination it takes to study dance as well as to pursue one's dreams. It also shows a glimpse of Chinese vs. American culture and the difficulties of adapting to living in a different country.

Click to see the trailer for Mao's Last Dancer.

You can also check out Mao's Last Dancer on Facebook.