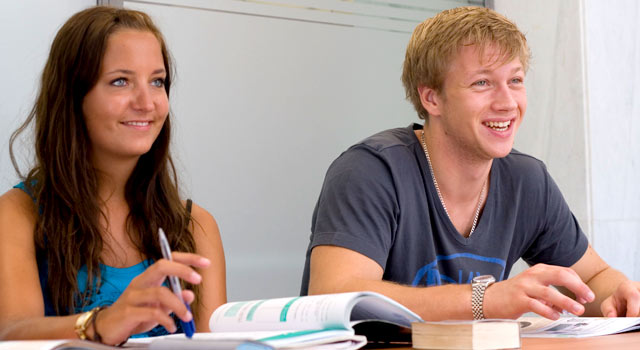 Did you know that studying Spanish is more than just studying one language, but rather enabling yourself to communicate with almost all non-English speakers in the world and setting the basics for many more languages than you ever thought of?

Linguists speak about so-called mutually intelligible languages. The speakers of those languages can understand each other in talking or writing without learning the respective other language. The Spanish language belongs to the family of the Romance languages, which developed out of the Italic language and later Latin. Other languages in this family are Italian, French, and Provençal (France), Portuguese, Romanian, Romansh (Switzerland), as well as Catalan, Galician, and Valencian (Spain). These languages show strong similarities in grammar, syntax and lexis. The similarities do not only stem from their common language of origin, but also from later blending of cultures. The Road to Santiago, for example, a road of pilgrimage leading from France to Santiago de Compostela in Spain, brought many French people to the north of Spain during the Middle Ages thus influencing the language of this region sustainably.

A scale was invented for measuring the intelligibility of those languages. It was found that the highest percentage of lexical similarity exists between Spanish and Portuguese with 89%, closely followed in joint second place by the Spanish-Italian and the Spanish-Catalan mutual intelligibility; Catalan being spoken in the eastern part of Spain and both this language and Italian with a figure of 85% intelligibility with Spanish. A bit less but still recognizable are the similarities between Spanish and French as well as Romansh with 75% and 74% respectively. The lowest compliance with Spanish in this test was Romanian language with a relatively high 71%.

The understanding on both sides differs, meaning that Spanish speakers might for example be able to ask for directions in Portugal and be understood but then struggle to understand the response. Anyway, it is much easier for people who have learned Spanish to study other languages of the same family. Sometimes it is only necessary to spend some time in the respective country to grasp the differences.

Who would not like to learn a language that enables you to communicate with people in huge parts of Europe, almost all of America, and the majority of Africa? Learning Spanish is an investment which opens many doors. With a few weeks of an intensive Spanish course or a Spanish immersion program at a Spanish language school in your country of choice, you can learn Spanish and lay down the foundation for your future, not only in Spain and Latin America, but in almost the entire world!