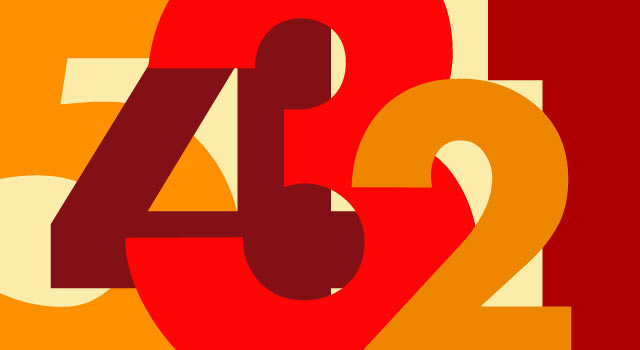 The other Spanish numbers are merely easily made combinations of the numbers you have just learned and the decimal numbers which are listed here:

As you can see, these numbers are quite easy to internalize since they look almost like the single-digit numbers with the ending –enta.

When we take a closer look at the other decimals, we see that they are just an adding up of numbers. Thirty one is for example treinta y uno which is to say thirty and one, and this rule is true for all two digit numbers, except….

As always in life there are some few exceptions which are detailed below:

For the twenties, instead of the “y”, we use an “i” and connect both the multiples of ten and the one-digit number. Here´s an example: “veintiuno”. This is true for all numbers with twenty and thus very easy to learn. The same holds true for the majority of the teens, namely sixteen through to nineteen only that, in addition, the “z” in diez becomes a “c”. For example, nineteen in Spanish is: diecinueve.

In the same group of Spanish numbers with ten and twenty there is another exception with the numbers ending in two, three and six. Here, an accent is put on the “o” or “e” respectively such that, in the end, the numbers look like this: dieciséis, veintidós, veintitrés and veintiséis.

Q: Why did I not mention the numbers twelve and thirteen? A: Because they belong to the third and last group of exceptions. To be honest, the numbers eleven to fifteen are very weird and do not follow such a logical structure like the others. But they are very few and can be learnt directly in one row with the one-digit numbers. Here they are:

My recommendation is to first learn the Spanish numbers from one to fifteen and then the multiples of ten, before finally combating the rest! The pronunciation isn’t a problem either since the numbers are pronounced exactly as they are written.

I hope this small lecture helped you a bit to find your way through the Spanish number jungle! In any case, you can always do an intensive Spanish language course at one of our language schools in Spain or Latin America. We offer Spanish courses at every level, from beginner to professional.

We are waiting for you!