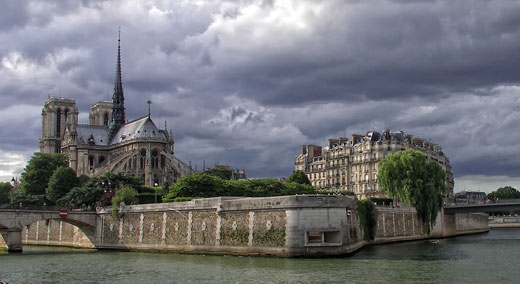 It is a well known fact that France has one of the best schooling systems in the world. According to recent research, French students are more likely to face up to a challenge, pay close attention to the rules, produce high quality work and consequently achieve academic success. It is unsurprising then, that an increasing number of families are relocating to France to take advantage of their seemingly superior teaching methods. For many parents, their child’s ability to integrate is a huge cause for concern.

Besides the obvious advantages to be gleaned from relocating abroad such as language acquisition, there are the inevitable feelings of isolation and alienation that come from being an expatriate. Luckily, there are ways to avoid these unpleasant sensations such as employing a personal tutor. This is more important the older your child is given that younger children tend to be faster learners. Youngsters will almost certainly start to feel comfortable conversing in French before their parents and/or older siblings. There are three main reasons for this, each of which is discussed in moderate detail below:

1.    It may be argued that children have an advantage over their parents when learning a foreign language given that they focus on the most important parts of sentences only. They block out words and phrases that they consider confusing, instead focusing on what they understand. Adults, on the other hand, attempt to process everything they hear, often failing to interpret anything at all.

2.    A portion of the blame for slower language acquisition in adults can be attributed to “neural commitment”. A child learns his/her mother tongue through the strengthening and weakening connections between neurons in their brain. When that child becomes an adult, those connections become fixed and harder to change when learning a new language. If the second language is acquired while a person is still young, those connections are changeable and so language acquisition is less complicated.

3.    The simplest explanation is that, more often that not, young children are surrounded by people speaking the language they are trying to learn. Children are at school all day, every day and so they are immersed in the target language almost all of the time. Even if adults take evening classes, this will only occupy a small portion of their time. Moreover, if they are taking beginners French for example, they are bound to be surrounded by other non-native speakers. Finally, children are less inhibited about speaking in a group situation and less self-conscious about making mistakes. Therefore, a child will generally spend more time talking in the target language than an adult which speeds up the learning process.

French children start school at the age of six and leave at the age of sixteen. School days are generally longer in France than the UK however there is normally one day off a week in addition to the weekend. School holidays are structured a little differently too. Rather than a long summer break, French students have four lots of two week breaks spread throughout the year rather than one long six to twelve week holiday as enjoyed by British and American children. It has been proven that shorter holidays minimize summer learning loss (the loss in academic skills and knowledge over the course of summer vacation).

The structure of French state schools is as follows:

The names of the top 5 French universities are listed below in English along with a brief description:
1.    The Pierre-and-Marie-Curie University (UPMC) situated in Paris is the 2nd best university in France and the 42nd best university in the world according to the Academic Ranking of World Universities.  Graduates of UPMC, the biggest medical complex in the country, have won (and continue to win) various awards in the field.

2.    The Université Claude Bernard Lyon 1 is one out of three public universities in Lyon. It specializes in science and medicine and was named after Claude Bernard, the French physiologist who suggested that blind experiments (where some of the participants are prevented from knowing certain information that might lead to bias) ensure the fairness of scientific experiments.

3.    The École normale supérieure (ENS) is a French grande école (a higher education institution that is not a public university) The idea to establish the ENS was first generated during the French Revolution and has since developed into an first-class establishment producing some the brightest young scholars that France has ever seen, including 12 Nobel prize winners.

4.    The University of Paris-Sud has its main campus in Orsay in the southwestern suburbs of Paris. The other campuses are distributed around other cities in France. Paris-Sud is the biggest university in France, famous in the fields of mathematics and science in particular. It has been ranked the 1st best university in France, the 6th best in Europe and 37th best in the world according to the Academic Ranking of World Universities.

5.    The Pantheon-Sorbonne University situated in Paris is one of the biggest universities in France with 40,000 students.  The university is divided up into 5 institutions offering degrees in economics, humanities, law, management and political science.