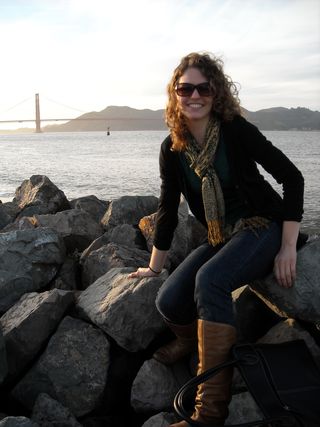 This is my first blog entry and my first week in Argentina!

My name is Katie, and I am a 3rd year medical student at Drexel University originally from Rochester, NY. I came to Buenos Aires, Argentina to learn Spanish so that I can communicate with the multitude of Spanish speaking people in the U.S., in an attempt to bridge the gap between the number of Spanish speaking patients and doctors.

I will be in Buenos Aires, Argentina for four months, three of which I am enrolled in AmeriSpan Spanish classes. For the first four weeks I will be studying general Spanish, and the next eight I will be in the SALUD (medical Spanish) program.

I am going to be honest with you, when I arrived here I had no idea what to expect. I was somewhat terrified to move to a foreign country for four months on my own. The moment I walked into my host abuela’s apartment I knew it was going to be the experience of a lifetime. She was so welcoming. She barely knows any English, and my Spanish is horrible, yet we still managed to carry on a thirty-minute conversation with lots of hand waving and facial expressions. I felt at home right away.

My limited ability to speak to my host mom has definitely been motivating me to learn Spanish fast. On the day I arrived, she gave me directions to the school at least three times. I repeated them back to her, and we both agreed I would find my way to the school just fine.

I guess I misunderstood my abuela. I walked for 25 minutes in the opposite direction of the school. When I reached the end of Paraguay, I gathered the courage to ask a nice parking garage employee “Donde está calle Suipacha?” He muttered something in Spanish, and brought out a map. He told me that I was “muy lejos” from Suipacha. I was already late to class so I jumped into a cab and got to class fifteen minutes late. If that isn’t motivation enough to learn Spanish, I don’t know what is!

The city of Buenos Aires is breathtaking. There is so much to see, do, and learn from the people living here. I am so blessed to have to opportunity to commit four months to a language and culture. Until the next update – Hasta pronto!