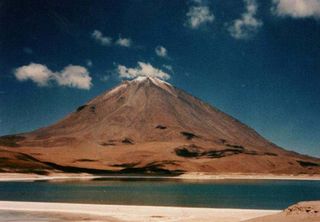 There are a lot of gringos in Sucre, relative to most parts of Bolivia. I’ve talked to several people, and their story always goes something like, “Yeah, I worked for the Peace Corps in a village outside of Sucre a few years ago, and I liked it here so much that I stayed." There’s one guy from Louisiana that came here with the Peace Corps in the 60’s, and he still visits ever summer- he’s good friends with my host family.

Anyway, I’m telling ya’ll that because I’m feeling pretty homesick right now. I don’t think culture shock is very aptly named; people are people, and the differences in culture aren’t that important, I don’t think. It’s more “Oh-crap-I-don’t-speak-Spanish-so-I-can’t-talk-to-anyone-and-I’m-not-familiar-with-this-city-and-I-want-to-call-home-but-my-cellphone-doesn’t-work" shock. It’s pretty lonely, I guess. I’m fine as long as I keep busy, but it’s hard to keep busy when I’m so unfamiliar with Sucre and don’t have anyone to go out and explore with. Traveling is easier with two people, I bet.

But hey, I’ve got seven weeks left. I’m hoping, though, that by the time those seven weeks are up, I’ll be sad to leave. I mean, everybody else I’ve met loves it here.

On a happier note, it was Steve’s (the guy from Louisiana’s) 70th (or maybe 80th, I don’t remember) birthday yesterday, and my host family hosted his party. It started at 10 and went until 5 in the morning. I spent the five hours before that helping prepare the food- toothpicking hundreds of cheese cubes and ham cubes and salami cubes and olives and pickles.  There was a live Bolivian band, a very impressive bar, and lots and lots of dancing for seven hours straight.

I’ll admit that I definitely prefer Bolivian parties to US ones. Everybody, from my 11-year-old host sister to my 80-year-old abuela just danced and danced and danced the entire time- there was no awkward standing around. I can picture very few of the adults I know dancing so enthusiastically. It was fun dancing, too; there’s a traditional dance from Sucre where both of the dancing partners use a napkin like a scarf and everybody else claps. I don’t know the name for it, so I’ve dubbed it the Napkin Dance.  There was also something like a follow-the-leader-conga-line that everybody got in on, and a couple guys got me to dance with them: my host cousin, and one of the “I came with the Peace Corps and stayed” guys.