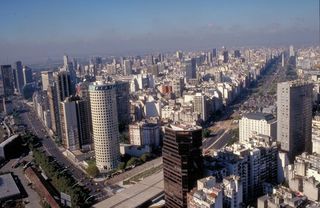 Last week, we reposted an article about CNN's list of top European cities, and this week we're focusing on a similar piece on the top five cities in Central and South America. While AmeriSpan Study Abroad had six out of ten locations on the European list, we have a whopping 4/5 locations on this one! Can you guess which city made number one on the list?

Number one on this list was, unsurprisingly, Buenos Aires, Argentina! This metropolitan hot spot attracts Spanish students and South Americans alike with its famously diverse and vibrant neighborhoods and European-like atmosphere.

Want to see which other cities made the list? See the original CNN article, Top 5 Cities in Central & South America

Discover Spanish courses in Buenos Aires, Argentina for yourself!