Study Abroad Blog » Travel News & Info » Which Balearic Islands should you choose for your vacation? 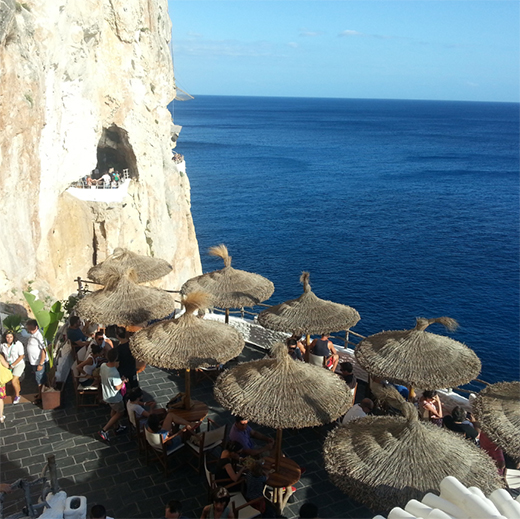 The Balearic Islands of Spain are made up of four main islands: Mallorca, Menorca, Ibiza, and Formentera. They also include Cabrera and several other islets. This Mediterranean archipelago is a highly valued tourist destination and the capital, Mallorca, has recently been recognized as one of the best places in the world to live in by the British journal The Sunday Times.

If you’ve chosen these islands as your vacation destination, you may be wondering which one is the best one for you to visit. That will all depend on what you’re looking for during your Mediterranean getaway.

Mallorca, the best city in the world

The city’s ranking as “the best place in the world to live in” has attracted many tourists from around the world to see for themselves what makes it so special. In essence it’s an enormous island that encompasses all the comforts of a city with the appeal of an exotic island, which is what most attracts attention.

It’s important to keep in mind however that Mallorca gets crowded throughout nearly the entire summer season. This makes it an ideal place for vacationers looking for a destination with many extensive beaches and many other visitors like themselves. This is reflected in the price of the accommodation, which is sensibly more economic than the rest of the islands. The entertainment options here are quite varied as they are on Ibiza.

Ibiza has been considered an island paradise since the mid 20th century, where alternative social and musical trends have originated and expanded across the small surface area which is characterized by scenic white-sand coves.

The period between the end of the 20th century and the beginning of the 21st saw the height of Ibiza’s youth tourism, which concentrated on partying that lasted all night and all day. Despite the current legal restrictions on the opening of night clubs, and although the island also offers scenic coves and natural landscapes, it continues to be a destination recommended for those looking for a place to party.

The island of Menorca is a nature paradise with many large coves where tourists can go snorkeling and diving among all types of fish and mollusks. The protection given to natural areas makes this a lush and scenic island; many coves can only be accessed after a long walk. Nightlife is not as active here as Ibiza: there’s only one large night club on the island and it’s tucked away in caves overlooking the sea, which gives it a magical ambience. This island is clearly the best destination for nature lovers.

Finally, Formentera (like Cabrera) stands out as an ideal destination for a different type of vacation. It’s extremely small, the entire island is protected from external contamination and only naturalists and lovers of the most primitive islands find the vacation of their dreams here. If you’re one of them, this is the destination for you.