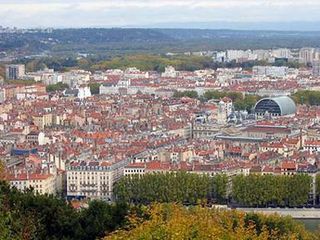 The 14th of July in France is like the 4th of July in the USA (except they celebrate a different independence, of course!). There are fireworks everywhere, and you get the day off school (even if you really want to just go to school anyway!). It?s a very exciting and beautiful, but also a bit dangerous (so be careful!).

On the 14th, I went out with some of the students in my class to celebrate the big night when someone threw a homemade firecracker (which sort of looks like a little round bomb – no really!) and it landed in the middle of our circle of friends. The firework went off in one of my friends eyes, and we all panicked thinking maybe his eye could be seriously damaged, but, actually, it ended up being just fine by the next day. It was scary though! These little homemade firecrackers go off all the time on the 14th of July, and every time they did I was a little scared. I did enjoy the holiday, but I wish it was a bit safer! (don?t tell my mom about these firecrackers!).

The organized fireworks are much more random and very different than the 4th of July fireworks in the states. Instead of heading to a park to see organized fireworks (like you do in the states mostly), you really can go anywhere and you can always see the big, professionally-lit fireworks shoot across the sky! It?s wonderful. I headed to Vieux Lyon (a very pretty area with cobblestone streets) to get a close view.

Lots of people were standing around Vieux Lyon drinking beer and munching on snacks, while others sat down on blankets for a more relaxing evening. What struck me most about the night was its randomness. You could stand up and scream or dance, and no one acts like its anything out of the ordinary. People just do their own thing here. In the states, I think if someone started dancing and screaming in front of you, many people would be uncomfortable or even more their little picnic blankets. Here, whatever goes!

Read all of Ashley's blogs from Lyon France